Hey, this will probably be my last update until mock exams are over. Doodles done in text books and such. A little (dare I say it...) Hetalia fanart of adorable lil' Pre-revolutionary Russia and a sketch done in my Japanese book of a character i'm still trying to figure out, havin' fun with Hue and Saturation in Photoshop. 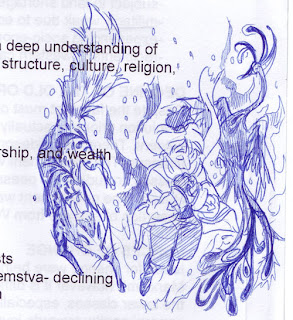 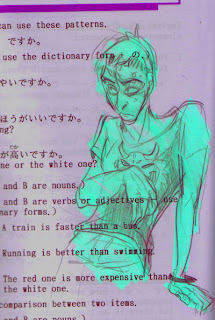 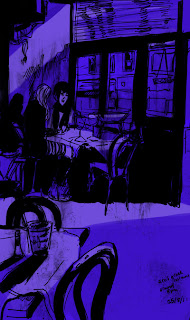 Scanned n' colored a drawing done in the last few minutes before leaving the resturaunt. 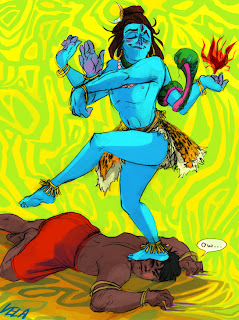 Okay, so I have this thing for drawing mythological figures and well, here's a digitally colored in pencil drawing I did after reading the Wikipedia article on Shiva. He's a major Hindu deity and is often portrayed dancing on top of Apasmara, the demon of ignorance. I got the impression he'd be a sort of whimsical and spacey—I mean, he's pretty much the mascot of psytrance from what I've seen. The colors are intentionally retinal burning. Hope it doesn't happen to offend anyone, Cya~
Posted by Vela at 3:33 AM